The ‘Cave of Swimmers’ is one of the most famous rock art sites of the Sahara. It sits in Wadi Sura, loosely translated as the ‘Valley of Pictures’ due to the prevalence of rock art in the region. 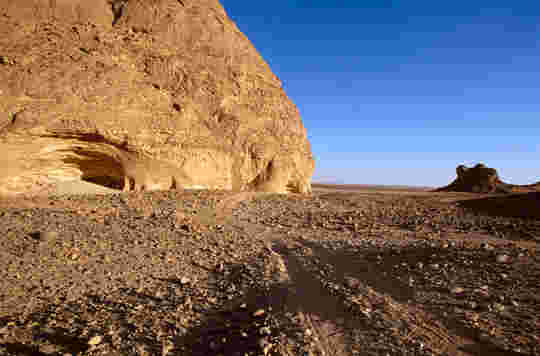 The ‘Cave of Swimmers’ is the larger of two shallow caves situated side by side in the southern part of the Gilf Kebir plateau in Egypt’s Western Desert, an area so remote and inaccessible that its existence only became known to European cartographers in 1926. It is so named due to the human figures painted on its walls with their limbs contorted as if swimming. It has since become world-renowned, particularly as a key location in the feature film The English Patient (1996), based on Michael Ondaatje’s novel of the same name. 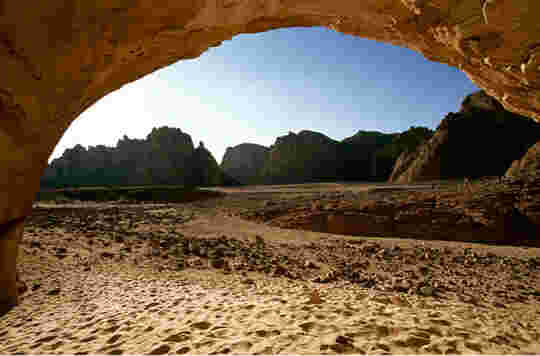 The book and film feature fictionalised versions of the cave and its real-life discoverer, László Almásy, as the title character. In reality, Almásy was a charismatic figure in pre-war Saharan exploration. He argued that the ‘swimming’ figures suggested the prior existence of abundant water in the area and was therefore evidence that it had not always been arid desert, a radical new theory at the time that has since been confirmed, although not on the basis of these paintings as evidence. Rock art is notoriously difficult to date as it was a tradition practiced for thousands of years. These paintings have been dated at between 9,000 and 6,000 years ago, although some researchers have suggested both earlier and later dates. 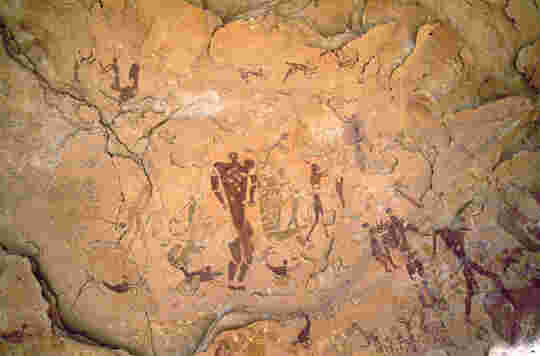 New rock art discoveries in this area have been made in recent years and add to the debate, which has continued, as have expeditions by academics, tourists and others. These visitors have sometimes left their own marks on the rock faces in the form of graffiti, and in the surrounding sand, where the tracks from previous parties (including Almásy’s) lie undisturbed, adding to the sense of history: not only of those who produced the paintings, but also of the site itself. Meanwhile the condition of the paintings, prone to flaking, continues to deteriorate, further obscuring this tantalising glimpse into the past. 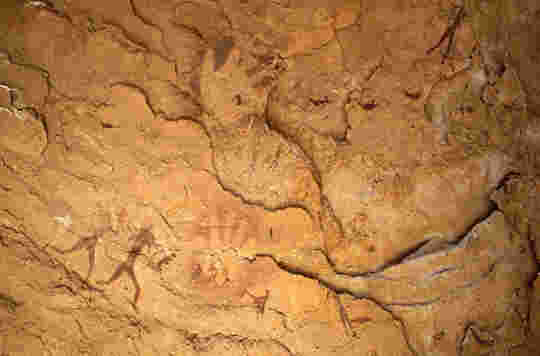 Two ‘negative’ hand prints from the left side of the main panel, blown in different pigments. Three crouched figures are painted across the lower handprint. 2013,2034.192 © David Coulson / TARA

The ‘swimmers’ are not the only humans depicted here: there are others, some heavily adorned, some apparently engaged in activities. A meticulously engraved antelope’s hoofprint adds another element to this fascinating site. Perhaps most striking are the numerous ‘negative’ handprints, produced by the artist blowing pigment onto the rock face over splayed fingers. As with so much rock art, they leave an imprint as immediate and familiar as it is elusive and enigmatic.